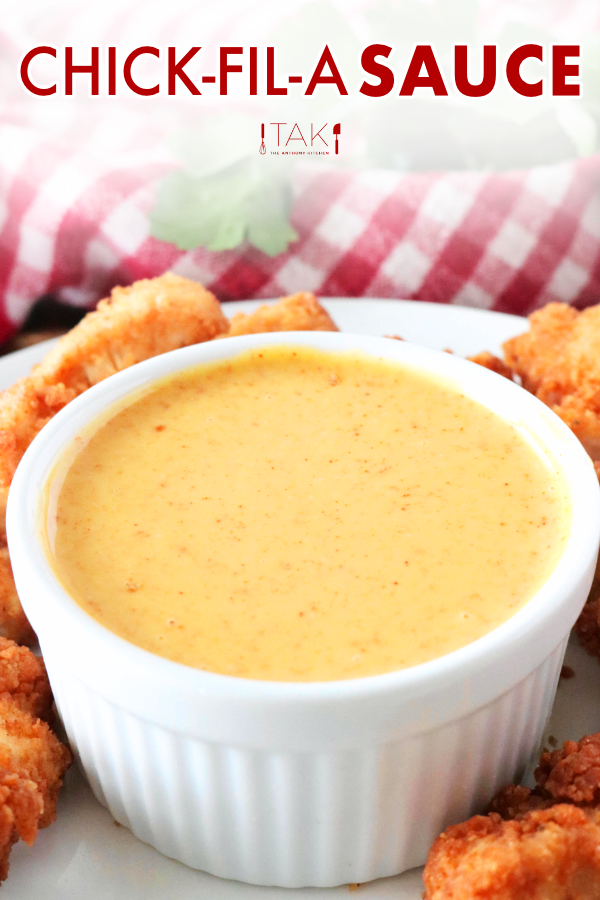 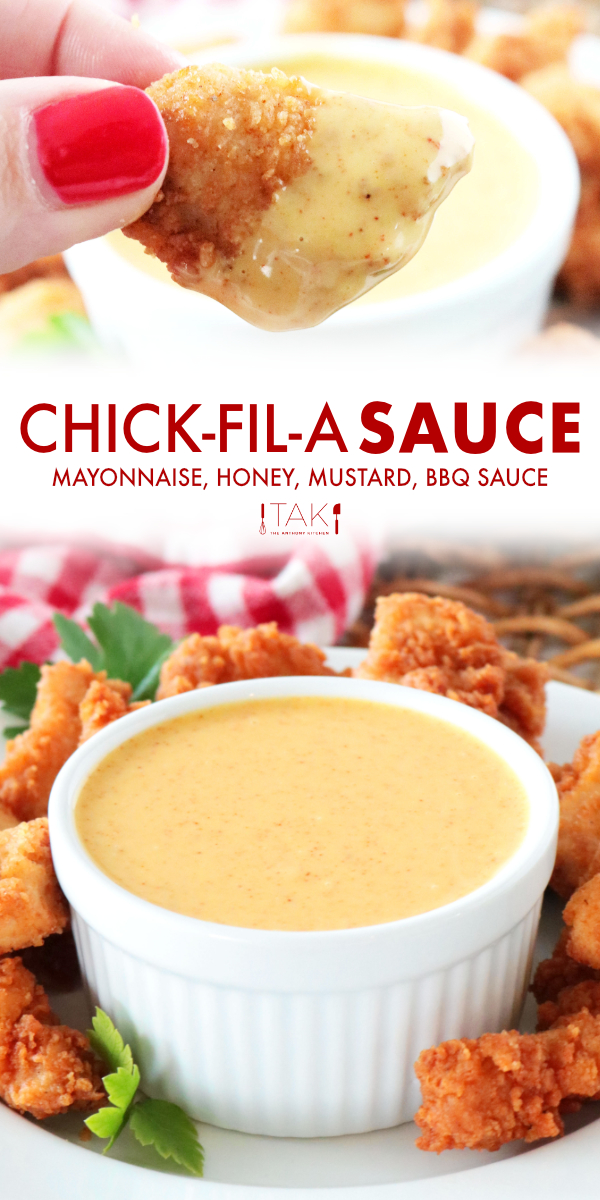 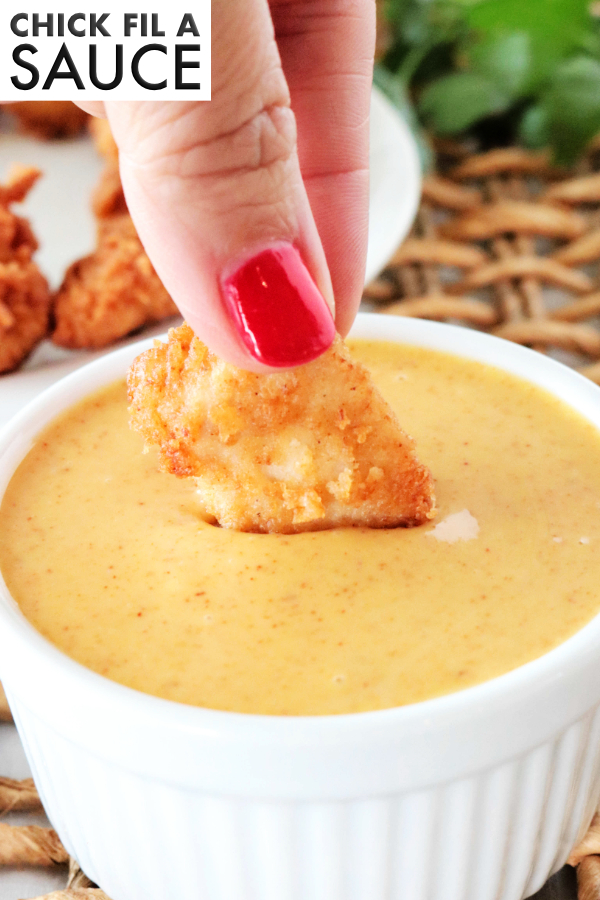 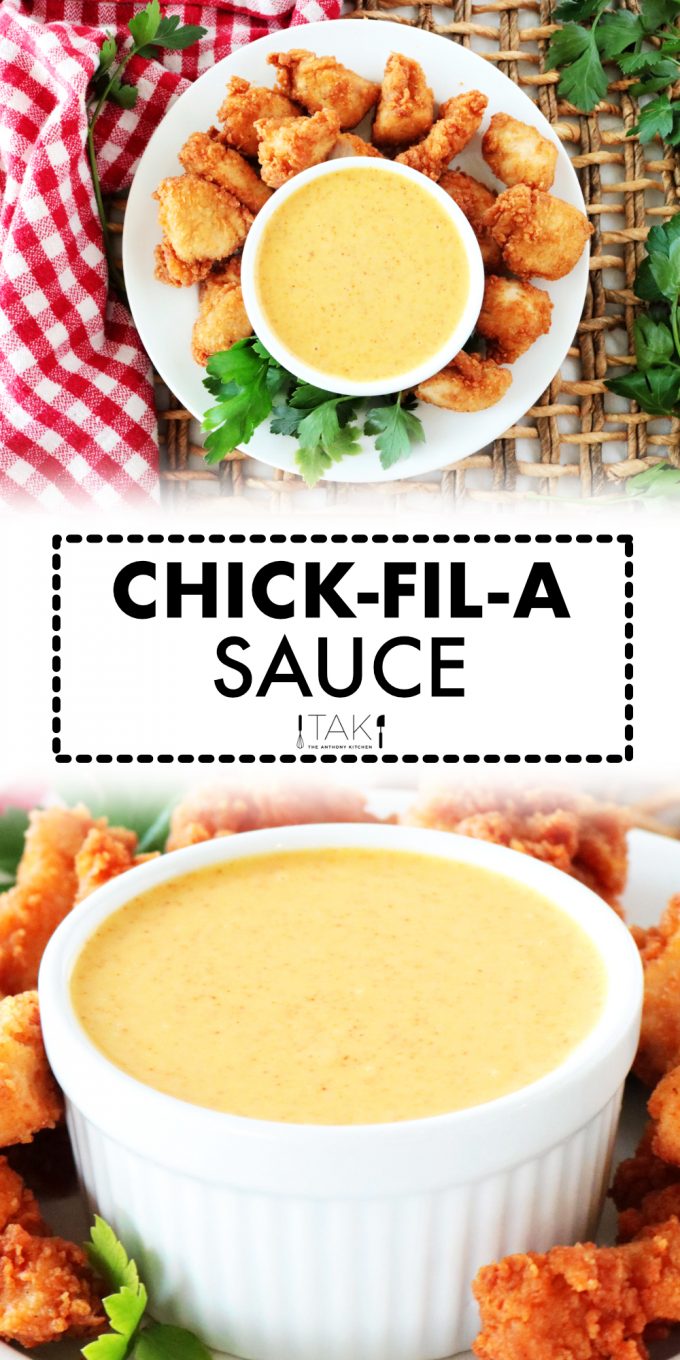 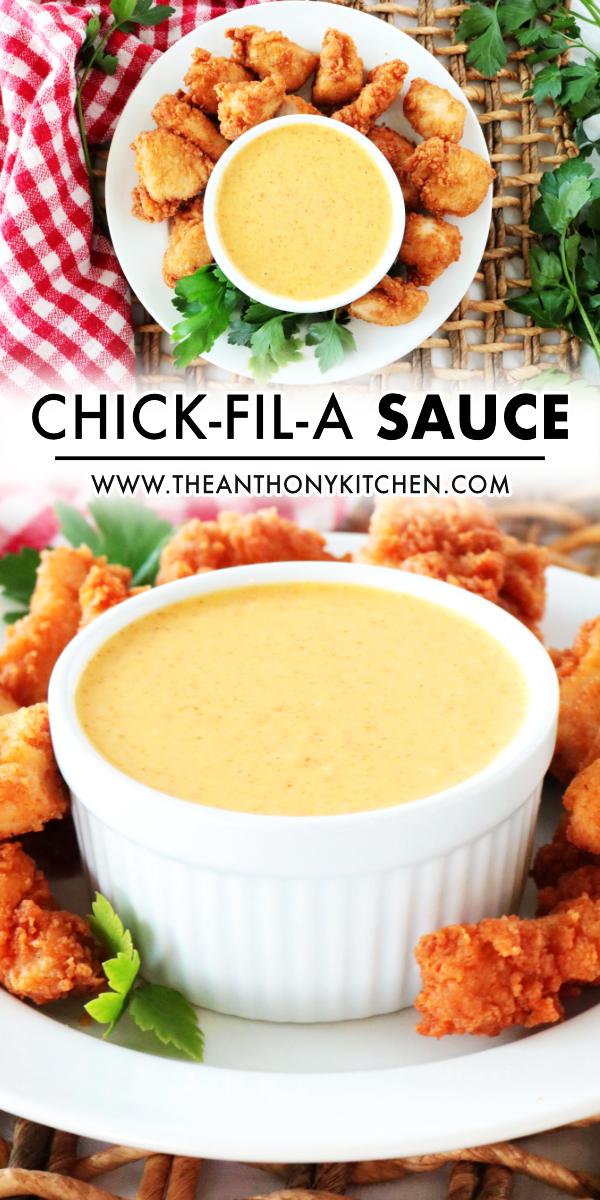 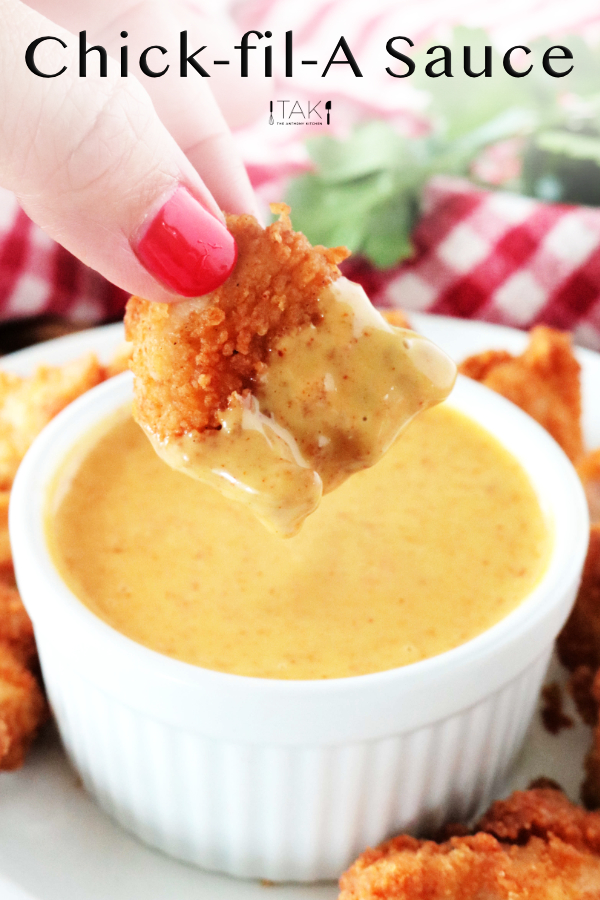 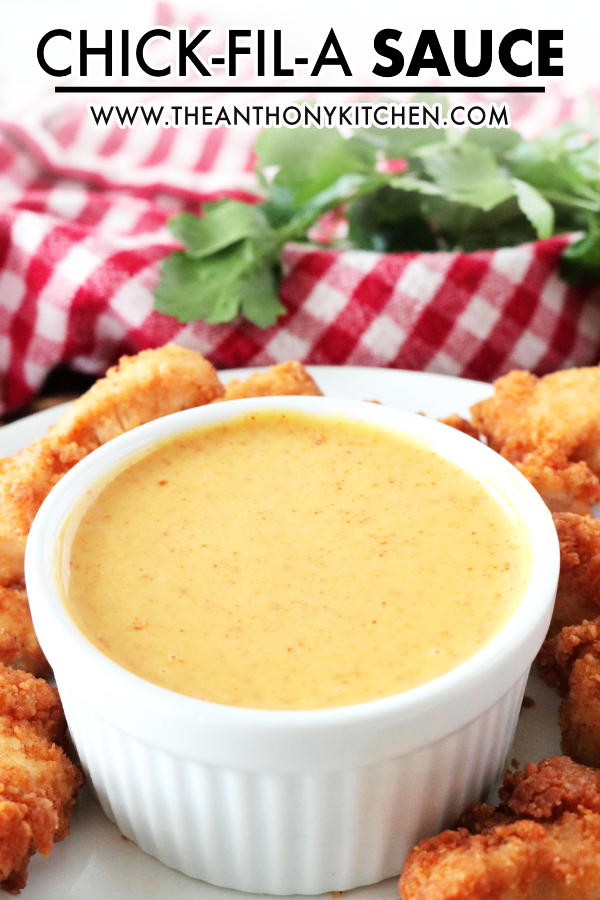 Chick-Fil-A Sauce is an addictively delicious dipping sauce so beloved, it was named after the establishment itself. With its smoky honey-mustard vibes, of all the seven dips, this one has become the fan favorite -- one we can no longer enjoy our chicken nuggets and waffle fries without.

Now, you can make your favorite sauce at home, one that tastes exactly like the real thing. It's quick, it's easy, and it makes way more than those tiny 1-ounce packets. Get ready to dip away to your heart's content because today we're uncovering what's in Chick-Fil-A Sauce and how to easily make it at home. 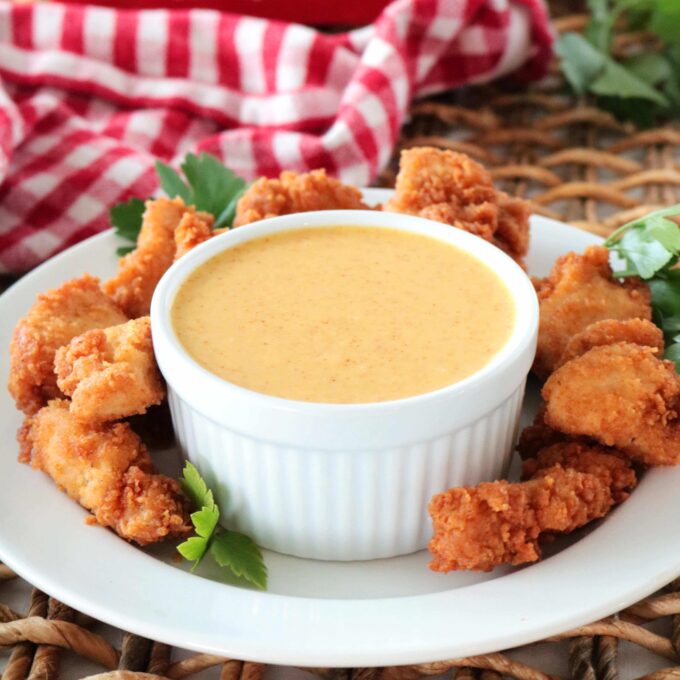 WHAT IS CHICK-FIL-A SAUCE?

You might have noticed this sauce tastes very similar to honey mustard...only a lit-tle bit smokier. Turns out, that smokiness actually comes from BBQ Sauce. Chick-Fil-A themselves admit their signature dip was a bit of a happy accident that took place in the '80s when a staff member accidentally mixed up a batch of honey mustard with their BBQ sauce.

The rest is history -- they named the dip after the establishment, and rightfully so. It is supremely delicious.

While Chick-Fil-A offers an explanation as to how it came to be, they don't offer up the recipe. Fret not. This Copycat Chick-Fil-A Sauce Recipe both tastes and looks identical to the real thing. 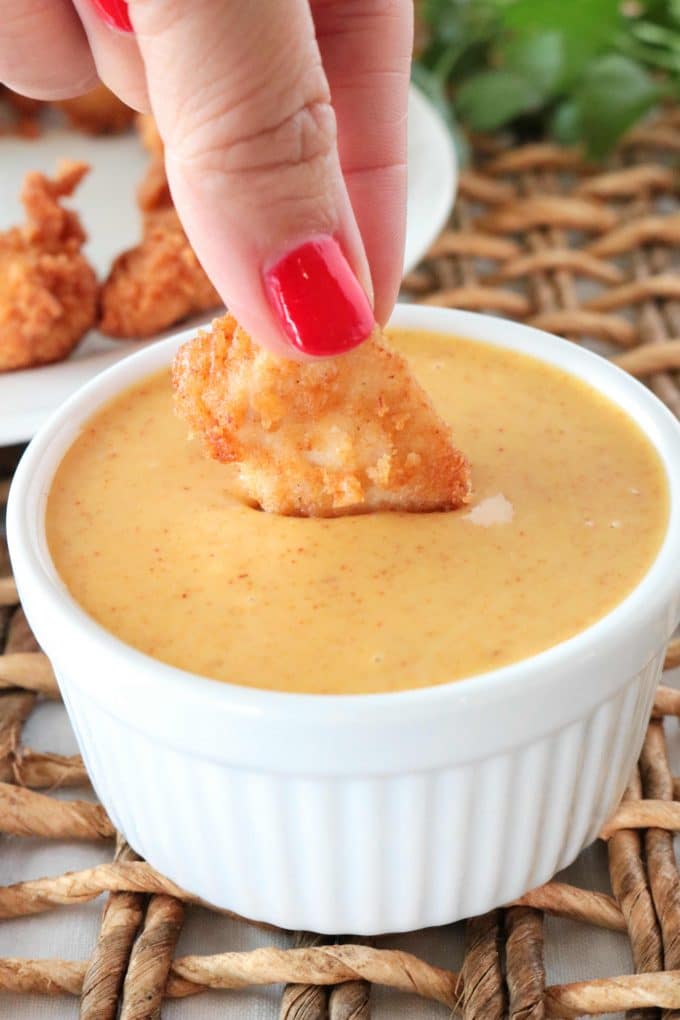 If you were to look over the ingredient list on the sauce packet, you would find ingredients such as soybean oil, mustard flour, xantham gum, and such. These are likely not ingredients you add to your weekly grocery list, and luckily, you won't need them.

You can make a carbon copy of your favorite dipping sauce using the following ingredients:

If only it were as simple as combining honey mustard and BBQ sauce. No. To get that signature flavor, you'll have to work a little bit harder than that...but certainly not by much.

Chick-Fil-A Sauce is mayonnaise-based, like most creamy Honey Mustard Recipes. Which makes sense...this dip does have big honey mustard flavor after all. But, it's so much more than that. It's sweet, it's tangy, and it's smoky. Actually, it's really smoky. So much so, that the BBQ Sauce alone just isn't going to cut it. If you want your homemade sauce to taste identical to the real thing, you're going to need a little bit of liquid smoke.

As far as seasoning goes, all you'll need is paprika and a pinch of salt.

HOW TO MAKE CHICK-FIL-A SAUCE

This dip is crazy easy to make. All you have to do is combine your ingredients in a bowl and whisk to combine. Seriously -- that's it.

You can keep it in a sealed container in the refrigerator for up to 1 week. 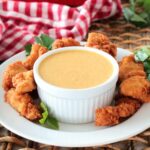 A Chick-Fil-A Sauce Recipe that tastes like a carbon copy of the real thing!

Makes about ¾ cup of sauce. 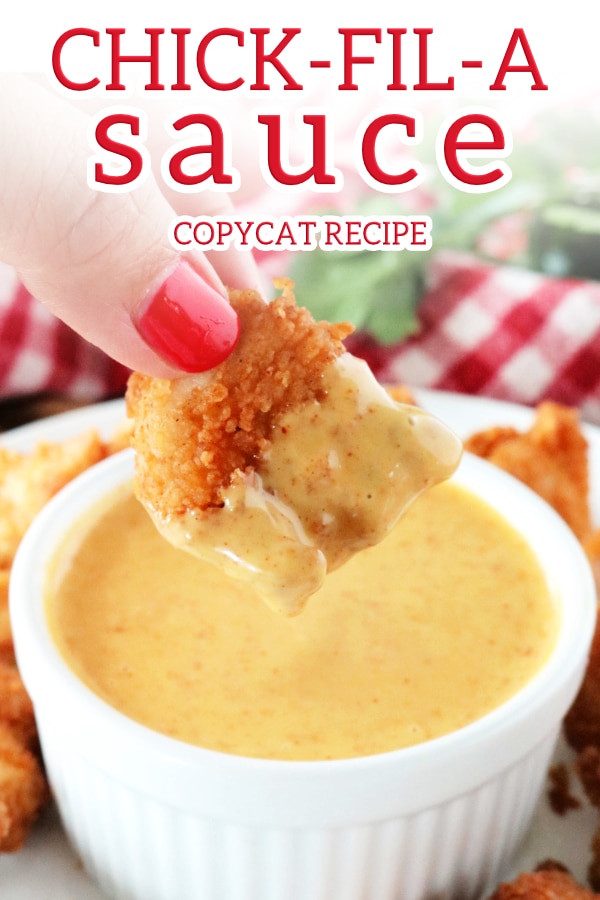 Be sure to check out the recipe index where you can browse recipes by meal type and category!

Check Out the Recipe Index

I’m Kelly Anthony — a baker, home chef, and mom with a passion for food and an adoration for entertaining.

Comfort food is my specialty, and it is truly my pleasure to share these recipes with you. If you’d like to get to know me a little better, click here.